I am glad that I am continuing my journey of reading the JVM specification and learning about it. If you had missed the first part of this series, you can read it from here. I read the Chapter 2: The Structure of the Java Virtual Machine last night and I came across quite some interesting and basic things.

First of all, the structure of the JVM is itself a beauty. I usually hear of two words, “stack and heap” whenever someone tries to explain how a program is running (from the days of C#ing). Reading the spec made it very obvious and It is exciting to know how exactly those two are used for running programs on the JVM.

This is different from the types in Java Programming Language. I guess that all the JVM languages boil down to use these types when executing over the JVM. 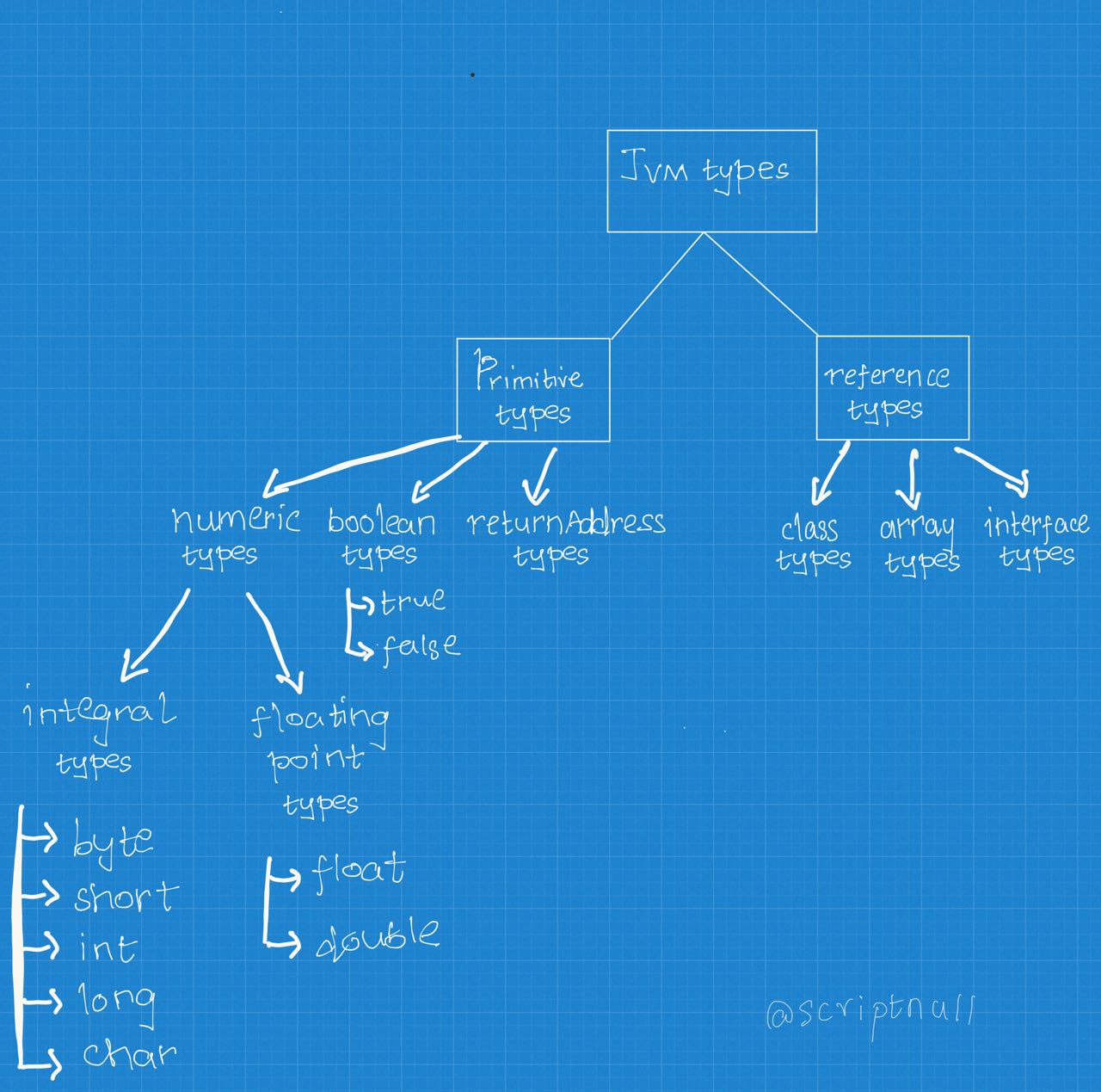 Here are some key takeaways and lessons that I learnt,

char, whose values are 16-bit unsigned integers representing Unicode code points in the Basic Multilingual Plane, encoded with UTF-16, and whose default value is the null code point (‘\u0000’)

The values of the returnAddress type are pointers to the opcodes of Java Virtual Machine instructions.

In the part 1, I mentioned that the JVM spec does not mandate the memory layout of run-time data areas and I was not really sure of what that meant. After going through the Run-Time Data Areas section, I got some idea of it.

Data areas are areas that hold data in JVM. It seems like the spec does not mandate the memory layout, by which I guess it does not care about the storage medium used to store or the way in which data is arranged on those. (fuel to fire 🔥 : Is it possible to use cloud storage like Amazon S3 to implement the run-time data areas of a JVM for fun? But it does not really have any use and would be very slow. PS: It is just mid night and I am in half-sleep and I am not responsible for what I suggested just now 🌙 ) 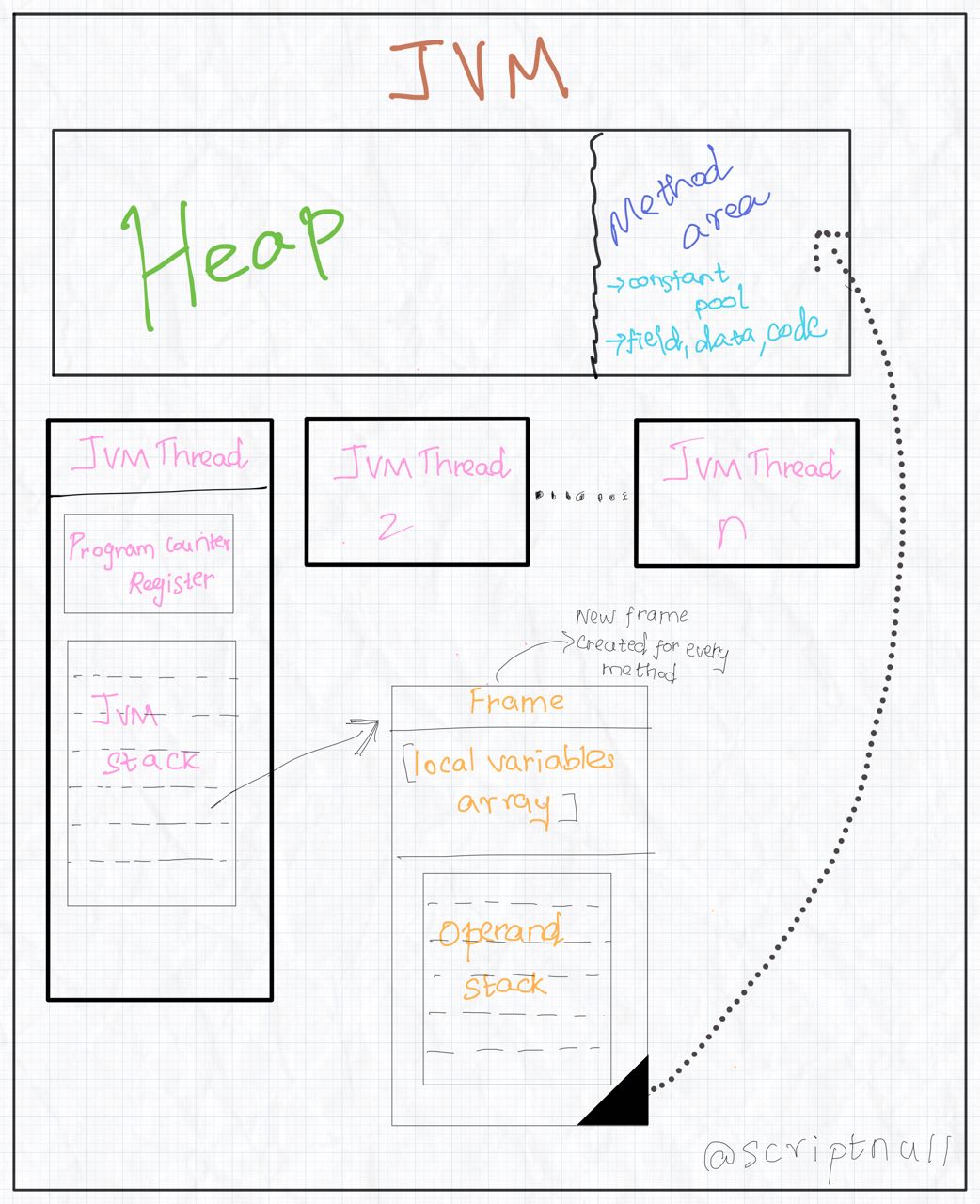 Various run-time data areas mentioned in the spec are,

The heap is the run-time data area from which memory for all class instances and arrays is allocated.

It stores per-class structures such as the run-time constant pool, field and method data, and the code for methods and constructors, including the special methods used in class and interface initialization and in instance initialization

That’s it for today, I guess. I am not able to go into the details of Frames, but all I could say is

A frame is used to store data and partial results, as well as to perform dynamic linking, return values for methods, and dispatch exceptions.

I hope to demonstrate how they operate while visiting the jvm instructions in detail. With that being said, I am ending this post with some of the questions for which I would like to find answers for,